The Long Road to Recovery 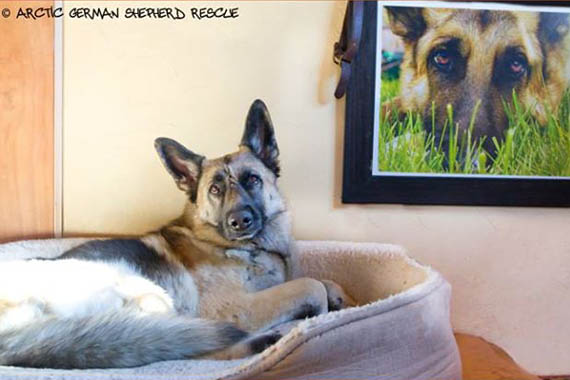 Emmy came to the rescue in April 2013. She was diagnosed with dilated cardiomyopathy (dilated heart) with evidence of heart failure and given 6 to 12 months to live. 28 months later, Emmy passed away on August 10, 2015. She outlived everyone's expections, proving that love is the best medicine of all. Run wild and free, Miss Emmy, until we see you again at the Rainbow Bridge. 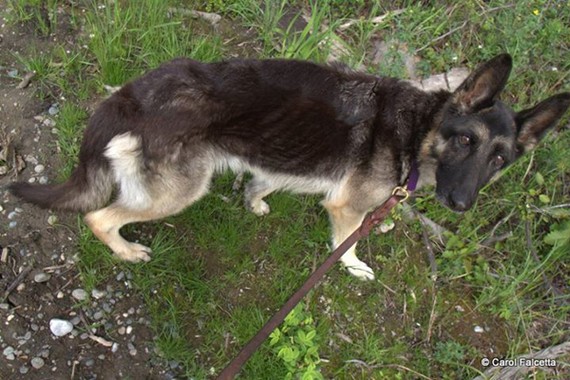 Brandy came to the rescue weighing only 38 pounds. She was suffering from an undiagnosed case of EPI (Exocrine Pancreatic Insufficiency), which is the inability of the pancreas to manufacture and secrete the necessary enzymes required by the body to digest food. Brandy's spirit kept her going and within a few short weeks she was doing much better. Luckily, with the proper diet and enzyme supplements, Brandy will be able to live a normal life. 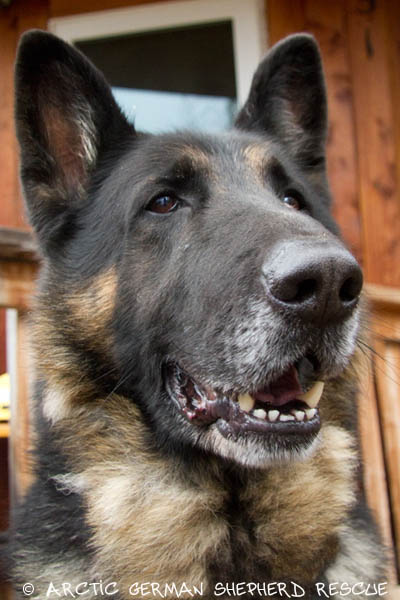 Jackson came to the rescue in October of 2012 suffering from a chronic dislocated hip. He underwent FHO (femoral head ostectomy) surgery and was doing better but recently we were told he may have degenerative myelopathy, which is a incurable, progressive neurological disease similar to ALS (Lou Gehrig's Disease) in humans. Our goal now is pain management and rehabilitation to make sure he remains as active and comfortable as possible. He is currently doing underwater treadmill exercise and getting laser treatments to help with pain and mobility. 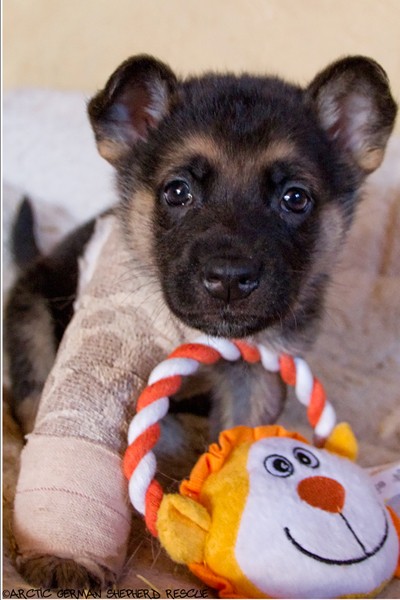 Ramiel came to the rescue as a five week old puppy who had suffered a fractured elbow due to an accident in the home while the owners were away. He has undergone two surgeries to date to treat the problem. 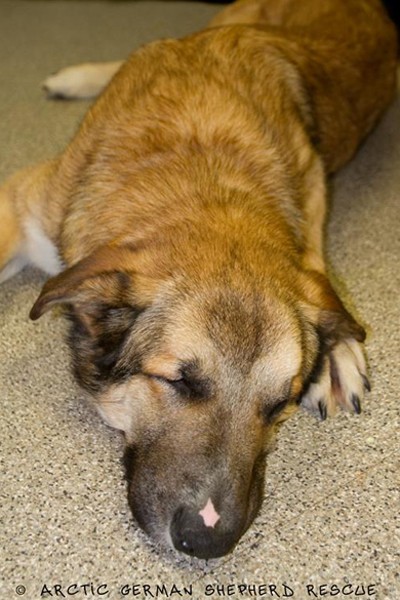 Thor came to the rescue in November 2012 as a one year old who had been abused and had suffered a broken jaw which healed incorrectly leaving him unable to open his mouth to eat or drink. He learned how to push food into a little tiny gap between his locked jaws and to submerge his face in the water bowl to get a drink. He suffered for over 6 months until he was rescued. 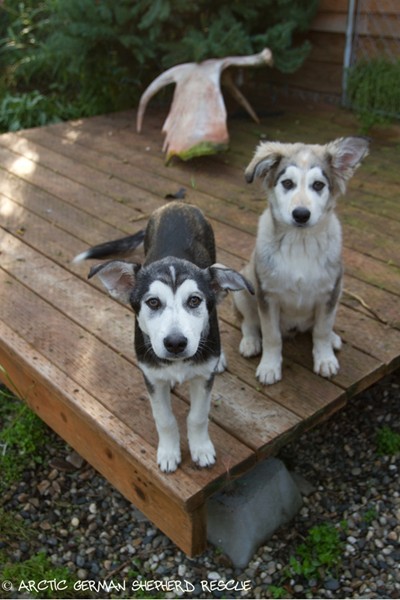 Faith and Fats are Husky-Malamute mix puppies who came to rescue from a remote village in August 2015. Siblings from the same litter, they were infected with Parvo, and although Faith became very ill and required IV fluids, they both recovered with no residual problems and were adopted.

Read about Faith and Fats 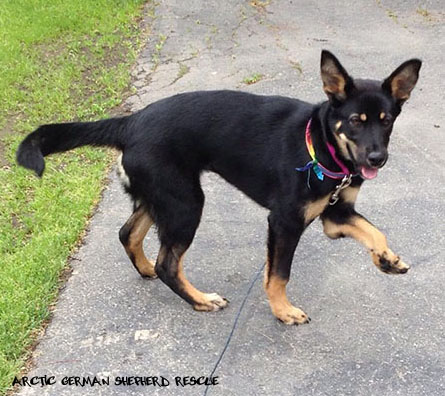 Stella came to the rescue on July 10, 2016 as a 5 month old puppy puppy after being dumped on a highway in Anchorage, Alaska. She weighed only 29 pounds and had a deformed left front leg which was determined to be a birth defect that will require amputation once she gains strength and weight. 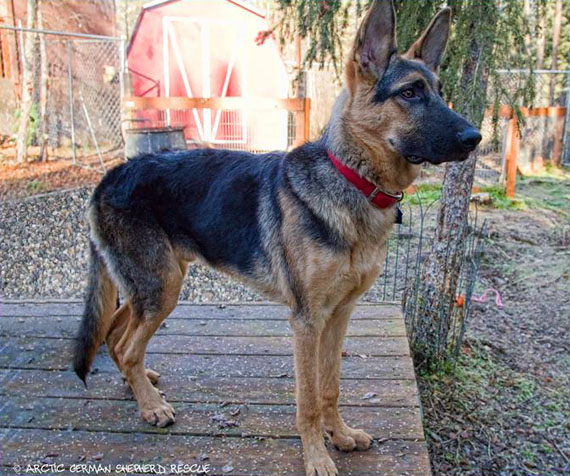 Charlie came to the rescue as an owner surrender when the family moved from Florida to Alaska. He was born with double dew claws that should have been trimmed off at birth and now required surgery under general anesthesia to remove them. he underwent surgery on October 13, 2016. 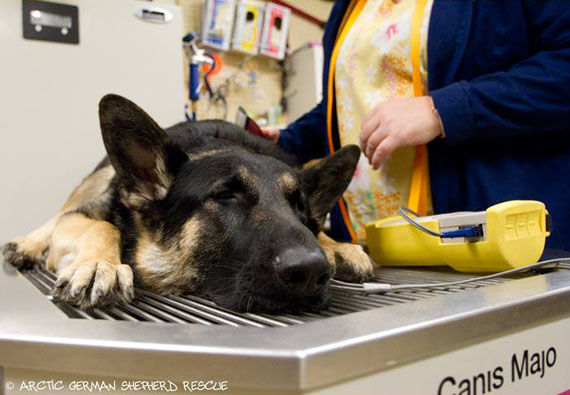 Titan came to the rescue as an owner surrender when he had to deploy overseas and his wife couldn't care for the dog. Titan came in with a tumor on his head had surgical removal of the tumor on November 10, 2016. 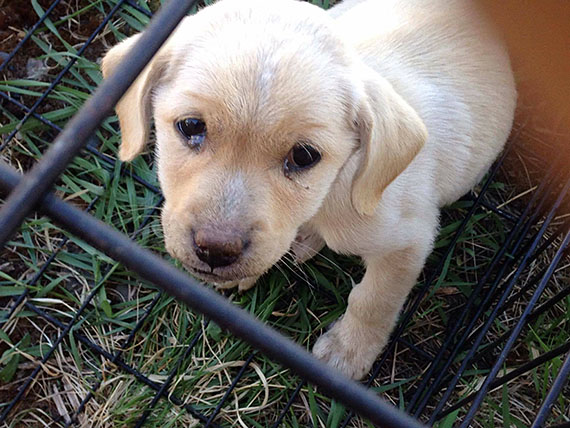 Grace came to the rescue In June 2017 from Ft Yukon, a remote Alaskan village. Grace was infected with Parvo and required urgent medical care but she recovered with no residual problems and was adopted. Her remaining 5 littermates were brought to the rescue soon after and are all doing well now. 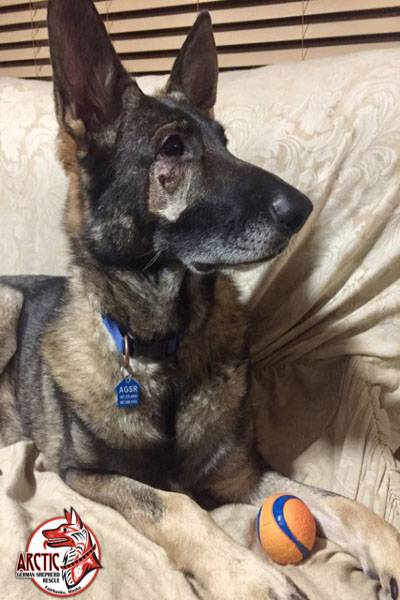 Bo came to the rescue in March 2017 with a recurrent tumor under his right eye. 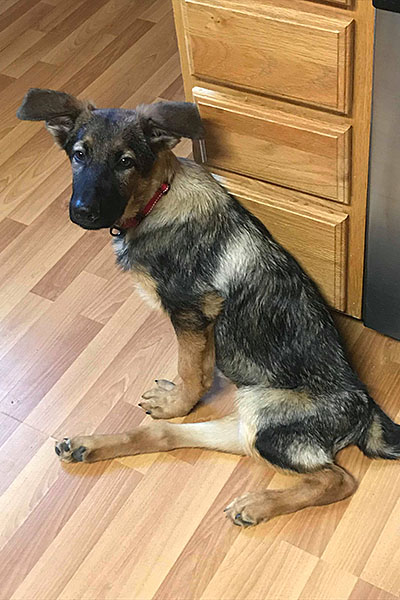 Rinty was dumped in a kill shelter in Texas along with 3 of his siblings. He and his suffer from Straight Leg Synndrome, a genetic problem resulting in rigid hind legs that are unable to bend normally. 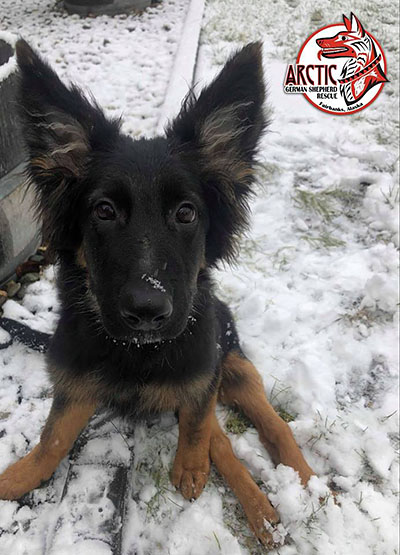 Nanette was dumped in a kill shelter in Texas along with Rinty. Unfortunately with Nanette, both back legs are affected so the rescue is looking into getting a wheelchair for her. 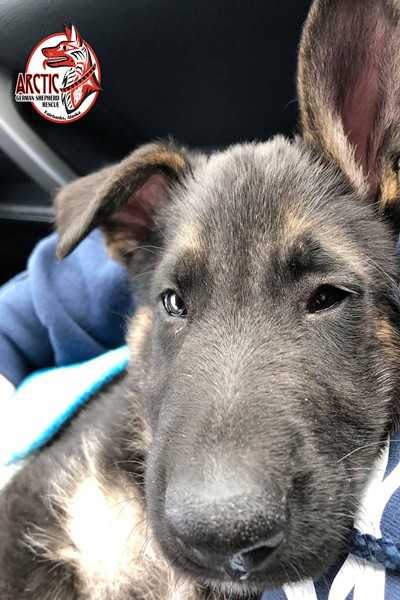 Pacino came in to rescue at 7 weeks old when the breeder contacted the rescue because he appeared to have blindness and was stumbling around. 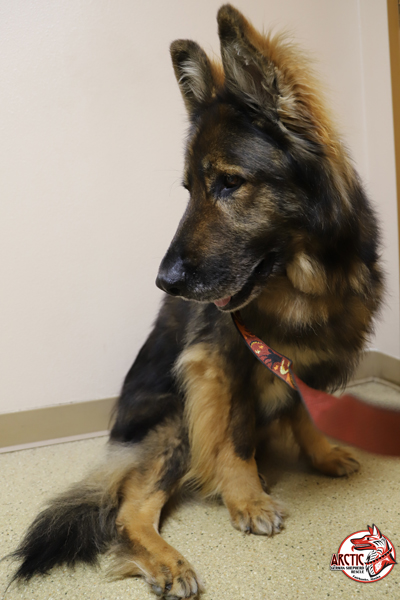 Zuni came to us after his owner died and for various reasons could not be adopted so he became a sanctuary dog with AGSR. In July 2019, Zuni was diagnosed with a spleen tumor and underwent surgery.